The last thing any parent wants to hear is that their adult child is in police custody. Once you get this news, you could be too angry at your child to even consider posting bail for them. However, if they do not have any money on hand to bail themselves out, this responsibility, unfortunately, could lie with you. One option that you can consider is enlisting a bail bond service on their behalf.

A bail bondsman can post a majority of the amount, and you will only be required to pay a fraction of this cost. Understandably, you could be asking yourself if this will be a worthwhile expense. To help you make up your mind, consider the following reasons why you should consider hiring a bail bond service for your adult child.

A bail bond service could prevent them from being convicted

A common emotion that some parents will have once their adult child is arrested is thinking that time in jail will make them learn their lesson. While this may work for some people, it is not always the case. What you are not taking into consideration is that the moment your child is in custody and mingling with other inmates, anything they tell these people that is seemingly relevant to the case can have your child incriminated for the crime.

Even when an inmate has potentially misconstrued that information, the inmate can try to secure a plea deal by throwing your child under the bus. Instead of taking this risk, it is better if you hire the services of a bail bondsman. When your kid is out of custody, it is much easier to ensure that they exclusively discuss the details of their case with their lawyer.

You could be under the impression that your child will only be in jail for a couple of weeks and then get to have their day in court, but this is untrue. Once they have been arrested and arraigned, they could end up staying in custody for months until their case makes it to court. The courts are typically busy and cases make it to court in the order that they have accumulated in.

If your kid has a job and is the sole provider for their family, this could mean financial ruin for your grandchildren. Instead of allowing your child's arrest to pose a threat to the livelihood of their family, you should consider hiring a bail bond service. Once the bail bondsman posts bail, your kid can continue to handle their daily responsibilities until they need to appear in court. 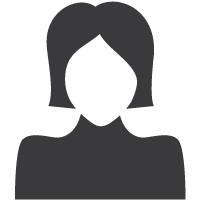